The weather can be a rather unpredictable thing in our lives. Weather can change from one thing to the next and even most meteorologists have no idea how to properly track it at times. Pretty much everything we know about the weather forecast is a guess. Still, we do know a few things about what to expect from things such as cold waves and heat waves. These two weather events are actually extremely dangerous and have negative effects on the environment. Farmers especially hate both of these weather patterns because of the damage it can do to their business. So, what all do you need to know about heat waves and cold waves?

Water droughts are of course a huge problem when it comes to heat waves. When a heat wave strikes, it sticks around for awhile and you will notice that a lot of water companies will actually put a limit on how much water you’re allowed to use. There will also be a lot of advisement against using water-saving your local news. States like California actually have a huge problem with water droughts due to the all the heat waves they get throughout the summer. This happens because it’s literally so hot that all the water evaporates with no signs of rain.

A major health risk heat waves are actually the fact that it’s easier to have heat exhaustion. When it’s extremely hot outside like it is during a heatwave, people may find themselves sweating more and not able to keep hydrated well. People who work outside need to take extra care because if they don’t, their body will become dehydrated very quickly. Dehydration is a pretty nasty thing to deal with especially when you’re nowhere near help. This is even worse for people who go to things like outdoor festivals where they charge high prices for the water, knowing people will be forced to pay them.

Heat and cold waves can also cause things such as dangerous storms or tornadoes regularly. All the pressure for a heat wave and the fact that almost all the water evaporates can cause a nasty storm afterward. Heat waves can be the causes bad tornadoes or dangerous storms that seemingly pop up out of nowhere. The storms are generally heavy rain and even heavier on the thunder and lightning that they produce. They can also pop up without any warning and go on for hours to a few minutes depending on just how fast the clouds are moving and how full they are.

Cold waves can easily cause a snowstorm to pop up almost out of nowhere. Cold waves can bring in snow storms that force you inside for days at a time. A lot of people can experience hypothermia due not being properly dressed and it all the sudden drops below freezing temperatures out of nowhere. It gets even worse when the cold wave comes with harsh winds that make wind chills almost impossible to take for anybody who has to go outside. Not only that, but Search for damaged property or cause things that are usually outside decorations to freeze and break.

Snowstorms aren’t going to be the only thing you worry about when it comes to a cold wave. If it’s a cold wave that just makes temperatures below freezing, then it can do some pretty bad damage to your pipes. Older pipes that haven’t been changed out in a while have a high tendency to freeze and crack making you have to replace your water system. This can be costly and annoying and if the crack has to grow over time you may not even notice for a while. If you have well water this can how’s your well run dry as well. Also, you’re pretty much going to have to dig up your whole yard to figure out just where the crack is in the pipes.

Cold waves can strike at many different times of the year if we have a cold wave in fall or in the middle of Spring it is known to make farmers extremely angry. If a cold wave is properly prepared for then there are high chances that it can ruin your whole field of crops. This is why most farmers have to constantly keep up with his use in order to keep their crops alive. Still, even if the crops are properly covered you can’t guarantee that they’re going to survive a harsh cold front coming out of nowhere. This is especially true if you have a small garden of your own it and nothing that’s prepared to cover your harvest.

Heat waves and cold waves both can have a huge impact on the way society runs. Either type can cause a lot of issues to pop up from it. Doctors and hospitals have to prepare for more patients coming in with heat stroke when it’s hot. On the reverse side, you see a lot more cases of hypothermia in emergency situations in cold waves. At a time during cold waves, people can even get trapped in their car and are only safe because they have emergency kits and blankets to keep them warm enough the help gets there. A business also has to change tactics during these waves depending on which one it is. And ice cream business isn’t going to flourish during a cold wave and a sauna isn’t going to flourish during a heatwave.

People also tend to be more irritable when it’s hot or weather. In cold weather, humans are more likely to be friendlier to each other and stand closer. Both types of waves can strike during just about any time of the year although they are rarer in off-seasons. Just because it’s summer no doesn’t mean we can’t have a sudden cold wave or rush a colder weather out of nowhere. The same goes for winter months when we all the sudden have a hot week. These are natural weather patterns that can happen all the time and anytime the conditions call for them.

All about central heating system

How to Clean Your Wood Burning Stove? 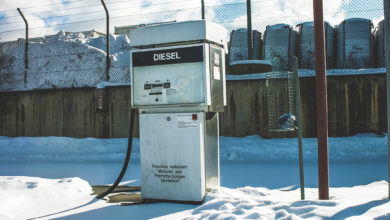 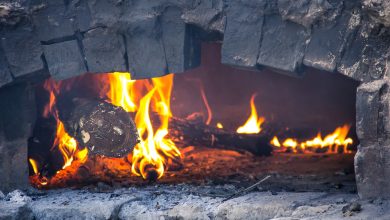