Adiabatic heating and cooling are very simple processes that can sound complex at first. Here we’ll discuss what they are exactly, how they typically occur in nature, and what applications they have in indoor heating and cooling.

What are adiabatic temperature changes?

Simply put, an adiabatic temperature change is any change that didn’t occur due to the addition or extraction of heat into or from a system. In our context – into or from air. So, lighting a fire or turning on the AC are NOT adiabatic forms of heating and cooling as they are actively adding or substracting heat from the air.

The adiabatic cooling definition is easy to understand when we look at the language it comes from – Greek. There, “adiabatic” literally translates as “not passable through”. The way adiabatic air temperature changes work instead is by changing the volume and/or pressure of the air.

The less pressure there is on the air, the more it’s allowed to expand, the larger the distance between the air molecules becomes, and there’s less friction between them – hence, less heat.

Vice versa – the more you compress air, the tighter its molecules get, the friction between them increases, and thus – they get heated up.

How does this look in practice?

Adiabatic warming and cooling are most noticeable in the atmosphere. When the air gets higher in the atmosphere, to pass over a mountain, for example, the air gets colder. That’s not because anyone or anything has removed any of the heat in the air – the air just expands due to the lower air pressure and it cools off. This way, while it hasn’t technically lost any heat, it feels colder.

Once the air passes over the mountain, however, and starts getting lower again, it compresses due to the air pressure and it gets warmer again. It still hasn’t (necessarily) received any extra heat from outside sources, it just feels warmer because it’s more compressed.

Air humidity is another factor that can cool down or warm up air without directly adding/removing heat. High air humidity results in cooler air because it reduces the friction between the air molecules. On the other hand, dry air feels warmer than it otherwise would be because of the increased friction of the air molecules in it.

What is adiabatic cooling/warming got to do with indoor cooling and heating systems?

The adiabatic principle has found some very efficient applications in man-made cooling and heating systems.

One example is evaporative coolers. These devices are essentially just large fans that draw air through water-moistened pads. When the warm or room-temperature air passes through the moist pads it gets cooler because its humidity rises. Unlike AC systems which use actual coolant, in this case, the water-moistened pads aren’t necessarily colder than the air – they just increase its humidity.

Another way adiabatic cooling is relevant for homeowners is if you run your blower for extended periods of time. Even if the blower has cycled off in cool mode, it may still “cool” the air around it by dehumidifying it. So, if the RH (relative humidity) at your home is high, beware of leaving the blower on for too long.

Adiabatic heating also has its applications, specifically in scientific tools such as fire syringes or, more notoriously, in the combustion engine which works via adiabatically compressed air combusting the fuel.

How to Add Freon to AC? 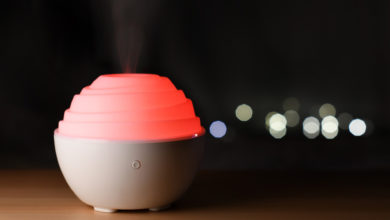 Difference Between Humidifier and Dehumidifier 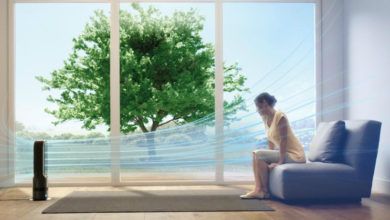 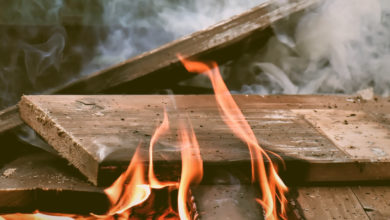 What You Need to Know About Burning Pressure Treated Wood? 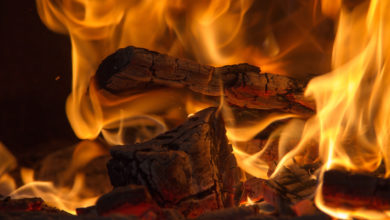 Can You Burn Pine in Wood Stove or Fireplace?