Myths abound concerning almost any topic you can think of. A lot of them were created as a result of a misunderstanding, while some might have been created intentionally as a marketing strategy.

As with almost every useful thing, certain myths surround the process of heating your homes.

You might consider home heating not to go beyond HVAC systems, maintenance, and tune-ups. Honestly, home heating is way beyond that.

When you consider how much you pay for recurring energy bills, you will understand the importance of having the knowledge, albeit little, of how heating works.

The myths concerning heating we are about to expose are critical to helping you further reduce energy cost while still heating your homes efficiently.

A large number of homeowners share the belief that cranking up the thermostat’s temperature will heat up space faster.

Who knows, this myth was probably created by some thermostat salesman trying so hard to keep his job.

One thing homeowners need to know is that thermostats work more like switches rather than dimmers. Hence, thermostats are either on or off.

The truth is, turning up your thermostat to, say 85 degrees will not heat up your home any faster. Thermostats regulate how high or low temperatures can rise, not how fast.

So, whether you set it at 85 degrees or 20 degrees, your space will heat up to the temperature you set it while taking the same amount of time.

If you still practice this myth, you are only successfully wasting precious energy which will eventually translate into money when the bill is due.

What you can do instead is to keep adjusting the temperature as it is needed. You adjust accordingly when you have more people in your place and then readjust say when you are the only one in the house.

Research has shown that you can save 1% per year on energy costs by reducing the temperature by 1oC for 8 hours a day. Now imagine how much you get to save if you let it down by 10oC.

It is widely assumed that programmable thermostats will save you money. Yes, they will. If you leave them in the default mode since they will, at least, turn down the temperature in the night.

We all know that it is the ‘programmable’ feature that interests us about those thermostats. So, we don’t have to walk up to the controls every time we need to change something.

It is important to find a balance between the efficiency of the heating system and our comfort. If you don’t program these thermostats well, they might end up working against you instead of for you.

One great way to avoid this myth is to go for one of those smart thermostats. Those ones can learn your schedules and preferences and make adjustments accordingly.

Another myth is that you will save money if you leave your heating on all day at the same temperature. Even when you are not home!

That is not true, at least for the most part even though omes that use heat pumps might end up saving some money by adopting this method.

The simple rule is the less your system is running, the less energy you are consuming.

The U.S Department of Energy suggests that to save money on energy during the winter, set your thermostat to 68 degrees when you are up and set it to a much lower temperature when you go to sleep or when you are out of the house.

Don’t let marketers fool you into changing your windows, even if it is to energy-efficient ones in the guise that it will save you money.

These windows are expensive, costing thousands of dollars. Considering the total amount you will save on energy bills as a result of those windows, they aren’t worth the investment.

Do note that this holds true if you are changing the windows just to save money on energy costs.

There are other changes you can make to your house such as system efficiency, air sealing, etc. that will save you some money over a relatively short period.

However, if for instance you already plan to change your windows, perhaps for a home makeover or in an attempt to eliminate draughts, replacing your windows with those energy-efficient types will actually be a good idea.

It is an aesthetically good idea to have a fireplace. The smell, sound, and overall ambiance of burning wood can be refreshing. Only to you though, it is actually stressful to your wallet.

If you keep a fireplace running purely for aesthetics, that might not be bad, even though it is an extra cost. But if the fireplace is meant to heat up your home, err…that might be a downright bad idea.

If you stay in an urban or suburban area, you will be paying for the wood you burn. Now consider how poor a fireplace is for home heating since most of the heat rise along with the smoke out of the chimney.

Now, ask yourself. Do you really think that it’s financially smart to use it purely for heating?

Ceiling Fans Are No Use During Winter

A lot of people honestly assume that ceiling fans only serve their purpose in the summer when it is hot outside.

That makes sense considering that ceiling fans are designed to circulate cool air and push it downwards. This knowledge is what makes a lot of homeowners abandon their ceiling fans and allow it to gather dust during the winter.

Ceiling fans rotate counterclockwise to circulate cool air. It is understandable that nobody needs cool air in the house during the winter.

If you look closely at your ceiling fan, you will notice a switch somewhere besides the rotor. If you flick it, the fan will begin to rotate clockwise and start to perform in reverse.

It starts to push down warm air and evenly circulates it around its coverage space. This way, the heat produced can be effectively distributed throughout your space.

Now you can put your ceiling fan to use during winter to further help your heat distribution system.

Now that we have been able to bust some of the myths preventing your HVAC systems from performing optimally, you can now readjust your heating behavior to heat your home more efficiently and save more money.

How to Know When Your Thermostat Needs Replacing? 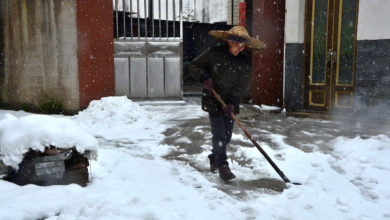 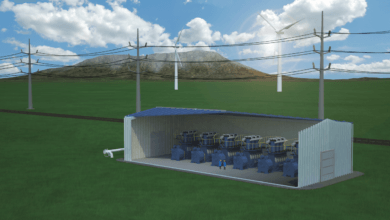 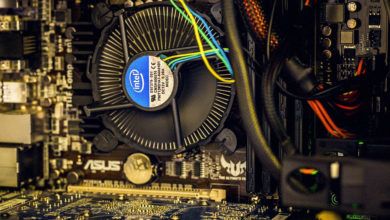 Why Do Computers Need a Fan? 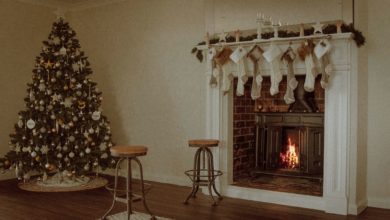